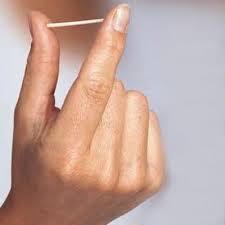 Contraceptive implants are soft capsules, about 1½ inch long, under the skin in a woman’s upper, inner arm. The capsules constantly give off tiny amounts of an artificial hormone called progestin. This prevents pregnancy by thickening the cervical mucus so that sperm can’t get into the uterus and by stopping ovulation.

There are different types of contraceptive implants being used around the world. The one used in the United States is called Nexplanon, and is a single rod that lasts three years. It can be used for less than three years because it can be taken out at any time.

In all of the studies so far, Nexplanon has been 99% effective. In the study that was done in the United States to test Nexplanon effectiveness, no one got Nexplanon who weighed more than a certain amount for a given height. If a woman weighs more than the weight on this chart, Nexplanon is probably over 99% effective, just as it is for other women, but it hasn’t been fully studied.

This information was developed by Cedar River Clinics in Washinton. To read more, go to there website or download this PDF file to read more.