“She was just a hub of the women’s health movement. Barbara brought the best out in all of us, and she had an impact on women’s health around the world” 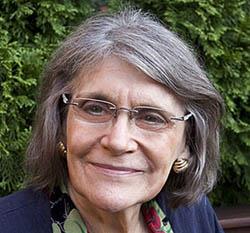 Barbara Seaman addressed the gendered prejudice in medicine, that being a woman was seen as an illness. Her exposes of the risks women undergo to simply control their reproductive lives, with the medicine at hand, helped improve the standard of care women received across the board. Her work changed the medical community, establishing that women be treated with dignity, honesty and care.

The Book That Changed The World

Barbara’s first book, The Doctor’s Case Against the Pill, (1969), helped launch the Senate hearings on the safety of birth control pills in 1970.

In her first book, The Doctors’ Case Against the Pill, Seaman exposed the serious and little-known side effects of the high-estrogen pill prescribed at the time. Women weren’t warned that the pill could cause heart attacks, strokes, depression and a host of other ills.

Her investigative work prompted Senate hearings in 1970 that led to a warning label on the drug and the mandatory inclusion of patient-information inserts. Her work ensured greater safety and set a precedence that women were indeed watching.

When women who had been harmed by the pill were barred from testifying at the hearings, they fought back by constantly interrupting, calling out questions such as "Why isn’t there a pill for men?” and "Why are 10 million women being used as guinea pigs?” Seaman wrote 30 years later in the New York Times.

Those acts of "feminist disobedience,” as Seaman called them, are often portrayed as ground zero of the women’s health movement.[1]

According to Cindy Pearson, Executive Director of the National Women’s Health Network (NWHN):

"The (Senate) hearings inspired even more action by young feminists, who decried the lack of women’s participation in the process. Led by Alice Wolfson of D.C. Women’s Liberation, they repeatedly disrupted the hearings, demanding to know why patients were not testifying and why there was no pill for men. These demonstrations, widely covered by the international press, are now considered the Boston Tea Party of the women’s health movement.""

Carol Downer remembers the hearing and voices of women disrupting the Senate hearings on her car radio in Los Angeles, and being so struck by the power of their action that she had to pull her car over. Shortly afterward, she and colleague Lorraine Rothman took a trip across the country to teach thousands of women about cervical self-examination and menstrual extraction. Many other grassroots women’s health projects sprang up over the next few years, and by the mid-1970’s the women’s health movement consisted of hundreds of local projects, including clinics, self-help groups, writing groups and education projects.[2]

In 1975, Barbara helped co-found the National Women’s Health Network, a watch-dog for women’s health issues and the FDA. The National Women’s Health Network has played a pivotal role in exposing the dangers of birth control pills, DES, Depo-provera, estrogen replacement therapy during menopause (ERT), and "the patch” method of birth control. She, along with other feminists working in the women's health movement - such as the members of the Federation of Feminist Women's Health Centers and other women-controlled clinics - promoted the cervical cap (a barrier method of birth control that had been widely used in Europe). 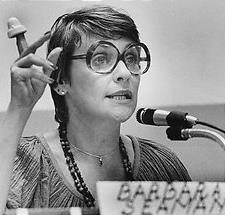 "According to the Western model, pregnancy is a disease, menopause is a disease, and even getting pregnant is a disease. Dangerous drugs and devices are given to women, but not to men - just for birth control. I've reached the conclusion that to many doctors BEING A WOMAN IS A DISEASE."  ~Barbara Seaman [1]

Barbara’s advocacy for women about the adverse effects of ERT drugs was vindicated, along with other women’s health activist groups (such as the National Women’s Health Network and the Federation of Feminist Women’s Health Centers) by the result of a 2002 National Institute of Health (NIH) study. The findings of the study were not only that ERT drugs did not protect women from heart disease, but in fact caused an increase in breast cancer, heart attacks, strokes, and blood clots. Further studies since have indicated that some of these risks continue even after women stop ERT.

Carol Downer, co-founder of the first Feminist Women's Health Center in Los Angeles, and pioneer of the self-help movement, said that Barbara Seaman's high-profile support of women-controlled clinics was invaluable.

We were very grass-roots and she took to us and smoothed the path for us over the years," Downer said. "She was just a hub of the women's health movement. She brought the best out in all of us, and she had an impact on women's health around the world. [1]

Barbara’s contributions through her writing include: Lovely Me; The Life of Jacqueline Susann (1966); Free and Female (1972), on women’s sexuality; Women and the Crisis of Sex Hormones (co-authored with Gideon Seaman in 1977, on birth control pills, DES, and ERT); The Greatest Experiment Ever Performed on Women (2003), an expose on hormone replacement Therapy; The Nonsense guide to Menopause (with Laura Eldrige); and The Body Politic: Dispatches from the Women’s Health Revolution, 2009

A U.S. film was produced by PBS in 1999-2002 for their "American Experience” series. The website hastranscripts from the film, information about the development of the pill, the senate hearing in the 1970's, and the demands of women in the women's health movement for safety, and informed consent. Click here to find out more.