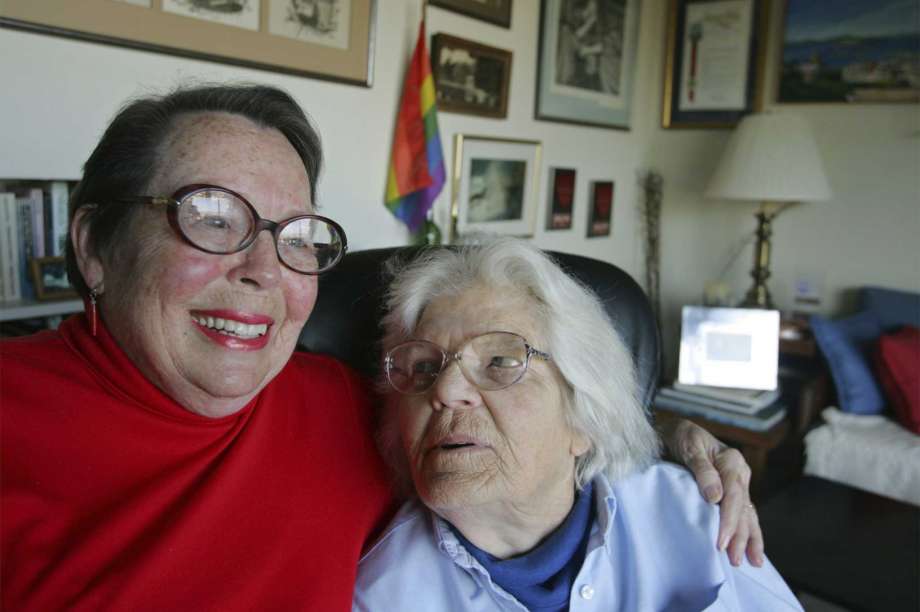 Women’s Health Specialists honors and celebrates the life and contributions of lesbian activist, journalist and gay rights pioneer Phyllis Lyon, 95, who died yesterday at her San Francisco home.
Cofounder of Daughters of Bilitis and revered as a mentor throughout the lesbian community, Lyon and her partner Del Martin were instrumental in bringing marriage equality to California. Starting with a ceremony in the city clerk’s office with a license issued by San Francisco mayor Gavin Newsom — which was was later overturned by the State Supreme Court — they finally won their cause and married again, legally, in 2008.
Yesterday, in his daily briefing on the coronavirus pandemic, Gov. Newsom paid tribute to Lyon, calling her one of his heroes.
She’s a hero to us, too. Thanks for all you’ve done, and rest in power, sister!
More info click here